On October 11, 2011 I purchased the domain name JesusSwagger.com. I believed this domain would be the start of something fun, refreshing and exciting for the sake of faith and culture.

I’d be lying if I said everyone around me felt the same way about my vision, but I knew this outside-the-box idea had potential to be something bigger than even I could possibly imagine. I pursued it because I believed in it, regardless of how silly it may have seemed at the time.

I’m extremely unconventional when it comes to faith and culture, and I enjoy expressing my thoughts and opinions on the beautiful collision that takes place when the two meet together. Why? Because I believe Jesus came to reclaim culture for the sake of His purpose, not reject it.

Everybody has something in their life worth chasing. And although the people around you may not see the same splendor you do, this doesn’t mean you are to pack up your things and hide those dreams in the basement of your parents house. If this were the case, Michael Jordan would have never played basketball, Steve Jobs would have never founded Apple, and U2 would have never stepped foot into the music scene.

All of these people had individuals in their life who didn’t necessarily see the same future they did, but this didn’t stop them from pursuing their dreams. In fact, it propelled them that much more. Michael Jordan got cut from his high school basketball team, Steve Jobs was laughed at when trying to start Apple, and U2 was turned down by multiple record labels before they did anything with their music.

These circumstances didn’t stop them from dreaming, and neither should you allow negativity or cynicism to hinder you from progressing. Stop waiting and start pursuing the dreams God has given you. You have all the gifting you need to pursue that in which God has called you to.

states, “And God is able to make all grace abound to you, so that having all sufficiency in all things at all times, you may abound in every good work.”

On February 17th, 2015 I will have the privilege of releasing my new book  to the public, and be able see it on store shelves around the country. Why? Because I didn’t give up, let go, or allow the opinions of others to get in my way. Neither should you.

What is God calling you to pursue? What is your purpose? 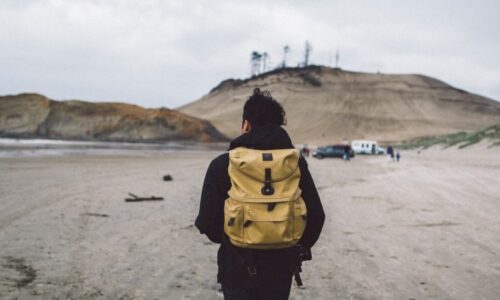