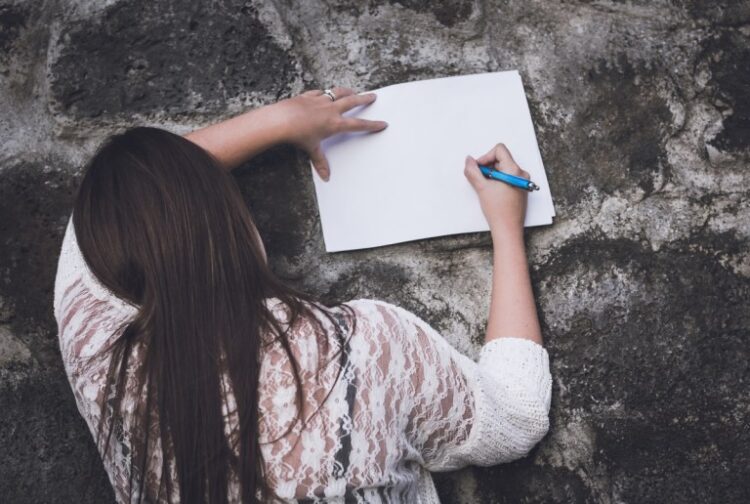 God’s scandalous grace invaded Portage, Wisconsin, with unwelcomed splendor in April of 1994. It targeted a criminal serving multiple life-sentences in the Columbia Correctional Institution. It’s not uncommon for thieves and murderers in prison to receive God’s grace, but this day was different. The person who attracted God’s love was a man who killed 17 young men.

Reviled as the epitome of human depravity—if human is even a fitting term— Jeffrey Dahmer turned heads and stomachs with his horrible acts of terror.

His vial behavior elicited a shocking and nauseating response when it hit the news in the early 90’s. How is it possible that a human conscience can become so seared, so cemented in depravity, that one would fornicate and then eat dead bodies? America—a country that doesn’t lack imagination when it comes to immorality—was stunned with disbelief. But what happened in April of 1994 trumps Dahmer’s depravity.

While in prison, Jeffrey Dahmer gave a TV interview and mentioned in passing that he wished he could find some inner peace. A Christian woman named Mary Mott saw the interview and immediately thought, I know where you can find inner peace, and so she mailed several Bible studies to Dahmer. He received them and, to Mary’s surprise, he immediately worked through all the studies and wrote Mary Mott back asking for more.

And so she sent more. After a while, Mott contacted Ron Ratcliff, a minister who lived near the prison, and asked him to visit Dahmer to share the gospel with him. Ratcliff nervously agreed, and so he told Dahmer the good news about Jesus, answered some questions, studied the Bible with him, and eventually saw God’s grace enter Jeffrey Dahmer’s soul and transform his eternal destiny. After receiving Christ and repenting from his sin, Jeffrey Dahmer was baptized on May 10th, 1994.

God, yet again, had transformed an unworthy sinner into a spotless saint. Dahmer’s blood stained hands were washed clean with the blood of the Lamb. All the acts of murder, pedophilia, necrophilia and cannibalism where removed as far as the east is from the west—no longer to be remembered. Six months later, Dahmer was killed by an inmate with a broomstick, and now, as far as we know, he’s in the loving arms of Jesus.

Such splendor of grace, however, was unwelcomed when it invaded Portage. Many people—especially Christians—were cynical, doubtful, or even angry over Dahmer’s “religious experience” in prison. Ron Ratcliff talks about his encounter with other Christians after they heard about Dahmer’s conversion. Ratcliff recollects:

One of the most common questions put to me about Jeff has to do with the sincerity of his faith. And I usually hear this from Christians. They ask if Jeff was truly sincere in his desire for baptism and in his Christian life. My answer is always the same: Yes, I am convinced he was sincere.

Ratcliff admits that this question bothers him. “Why question the sincerity of another person’s faith?” If a person confesses Christ and yet does not demonstrate any evidence that the confession was genuine, then there’s room to doubt. But the cynicism lobbed at Dahmer’s conversion did not focus on his post-converted life—whether or not he demonstrated faith and obedience—but the heinous evil he committed before he came to Christ. “Jeff was judged not by his faith, but by his crimes.” God could not actually forgive Dahmer for his wickedness—this was the sentiment that drove the questions. We’ve got to draw the line somewhere. We’ve got to put grace on a leash.

But grace has no leash. It’s untamed, unbound, and runs wild and free. I bring up Jeffrey Dahmer not to defend his conversion. As far as we can tell, it was genuine, yet only God knows for sure. But the church’s response to Dahmer’s conversion is quite telling. The cynicism and doubt toward Dahmer’s conversion reveals a perverted view of grace among the Christian questioners. They believed that Dahmer’s crimes before God were too great to be forgiven. Or they desired—with Jonah and the prodigal’s brother—that God would judge the wicked rather than save them. Either way, we want grace to have at least some limits. When it runs wild and free, it scares us.

In many ways, the word “grace” has lost its stunning beauty, and perhaps through overuse, it’s become just another Christianeze buzzword. And so we use the word “grace” in very flat ways. My students will ask for “grace” when they turn in assignments late. “Come on, Preston, give me grace.” But divine grace is more than just leniency, more than just allowing exceptions to a rule. The grace of God is also more than just unconditional acceptance, which is the typical way in which grace is defined. Unconditional acceptance: God accepts people even though they have not met his standard. Again, there’s some truth to this, but grace is more than just acceptance.

SOMETHING MOST CHRISTIANS DON’T WANT YOU TO KNOW
November 10, 2021 5 REASONS THE MATURITY OF SEX IS BECOMING EXTINCT
November 11, 2021