Two years ago my wife and I had the privilege of being guests on the Steve Harvey show to discuss a recent blog post I had written. We flew out to Chicago, stayed in an incredible hotel, froze our butts off and truly had the time of our lives. Steve, as expected was hilarious and filled with joy. He was truly the same person we had watched on Family Feud all those years. And yes, his mustache is 100% real.

One of the things my wife and I have always loved about Steve Harvey was the authenticity he seemed to portray throughout all of his T.V. appearances. To our delight, that same authenticity was prevalent in the time we spent with him at his studio. He shared his struggles in the entertainment industry, that he had once lived in his car, gone through three marriages before getting his life back together, and that he wouldn’t be here today if it wasn’t for the grace of God.

Juli and I listened in amazement, as the man we had watched from a television screen for the last few years has just given us a raw look into his life. He showed us that he was human, full of mistakes, and in need of God’s grace just as much as the next person. He was full of authenticity and integrity.

Last night Steve Harvey hosted Miss Universe 2015. He worked his magic of hosting and did his Steve Harvey thing for the entire show, all until quite the hiccup took place towards the end of the night. While announcing the winner to the audience, Steve had mistakenly shared the wrong name, which led to a confusing and awkward moment on live television. I mean, I don’t blame him. That card was horribly designed.

The beauty in all this mess is this: Steve Harvey owned up to his mistake and made it right. He didn’t try to blame anyone or make up any excuses. He just owned it like a champ. And while a lot of people are criticising Steve for his Miss Universe fumble, I give him kudos for showing true integrity during a time he could have blamed someone else and probably got away with it.

We all make mistakes. We’re all human.

We love you, Steve! Thank you for being an incredible example of what true honesty and integrity looks like.

Take this time to send @IAmSteveHarvey an encouraging tweet.

3 THINGS “WIVES MUST SUBMIT TO THEIR HUSBANDS” DOESN’T MEAN
November 9, 2021

10 REASONS A CHRISTIAN GUY IS BETTER THAN CHRISTIAN GREY
November 10, 2021 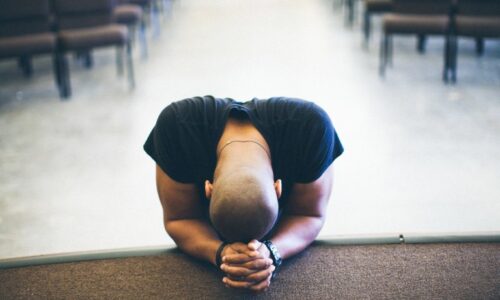