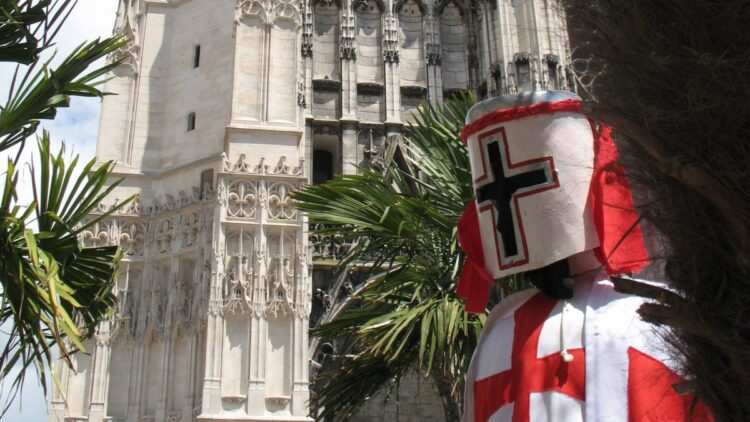 The Poor Fellow-Soldiers of Christ and of the Temple Of Solomon, or Templars for short, were once seen as a mighty Christian order during its heyday in the Crusade periods. Today, Knight Templars are icons of the Order for a good reason: they were a mighty cavalry force that could crush their opponents with the help of horses, lances, and a religious fighting spirit.

In the late 12th century, the Order was already losing its grip as Muslims recaptured Jerusalem and for years, it had to relocate to other cities including Acre. This city fell from its hands in 1291, and then in 1303, the last remaining foothold of the Order was lost.

With these losses, support and influence of the Order dwindled over time. Besides being at odds with the two other popular Christian orders: the Hospitallers and Teutonic Order, it also gained tensions among European nobility due to its desire to found a monastic state like its rival orders.

More importantly, because the Order wasn’t under the rule of a local government, it was essentially a “state within a state”, and having its independent army freely passing your borders didn’t look like a fantastic sight, especially when that land was yours. Religious figures were also questioning their immense wealth and power.

Rumors of the Order were also spreading, ranging from homosexual practices and corruption to rejecting the cross and Jesus when registering as a new brother of the Order. Another rumor was also about the supposed worship of an idol named Baphomet, now famously depicted as a goat headed, androgynous figure with breasts and forming a symbolic gesture with each hand.

Despite the losses, rumors and the gradual contempt for the Order, it was still a part of daily life and retained its major presence throughout Europe and the Near East at the time. The banking systems were still ongoing and many businesses were managed by the Order.

1305 was the year when Pope Clement V, based in Avignon, France, suggested that the Hospitaller and the Templar merge together as one Christian order. Neither Grand Masters of the orders was really excited about the idea, but Pope Clement insisted and the next year, he invited them to discuss it in France.

While waiting for the Hospitaller Master, Fulk de Villaret, to arrive, Pope Clement and the Templar Master, Jacques de Molay, discussed a criminal case surrounding a Templar two years ago, which were looked into by King Phillip IV of France and his nobles. Although the charges were agreed to be false, Clement wanted a more detailed investigation into the matter and sent a written request to Phillip.

This is where the domino was flicked and toppled the rest towards kingdom come. When Phillip received the request, he was already deeply indebted to the Templars as they no longer loaned his wars against England. Having heard of the rumors and criticisms of the Order, he saw this as an opportunity to finally free himself of his debts. For free.

Seizing the rumors and pressuring the church to take action against the Order, Phillip set into bringing it into its inevitable downfall.

On Friday 13 1307, King Phillip sent an arrest warrant that stated in French, “God is not pleased. We have enemies of the faith in the kingdom.”

Dozens of Templars were arrested and subjected to torture in order for their confessions to be extracted, though much of these were said under duress. De Molay wasn’t spared from the king’s action, yet like many other Templars that were released from torture, recanted his confessions, branding himself as a relapsed heretic in the eyes of the law.

Through the few years of the Order’s downfall, Clement issued papal orders for the arrest of Templars and the seizure of their assets. Even if some had legal experience to defend themselves in trial, Phillip blocked this attempt and used their false confessions to sentence them to the burning stake.

Under Phillip’s threat of military action, Clement finally disbanded the Order, citing its recent scandals as the cause. The Order’s assets were also moved to the Hospitaller, though it is thought that Phillip and King Edward II of England may have taken most of those assets for themselves.

De Molay was sentenced to the stake in 1314, and it was reported that he remained defiant to the end, asking to be faced towards Notre Dame with his hands clasped in prayer. As his life was nearing its end, he called out both Phillip and Clement, promising that they would meet their own divine judgement.

Whether that judgement actually happened or it was a coincidence may be up to you based on your beliefs, but the two did die not long after. For Clement, it was a month later. For Phillip, it was within the same year that he died in a hunting accident.

The rest of the Templars were either put on trial with none virtually convicted, absorbed into other Christian orders or be let go so they are pensioned off and allowed to live their remaining days in peace.

Any Templars in Portugal were also lucky as its king, Denis I, refused to persecute them and under his protection, allowed the Templar to simply change its name to the Order Of Christ. It was secularised by Queen Maria I in 1789, and today the modern name of that same former Templar order is now called Military Order Of Christ, based in Portugal. 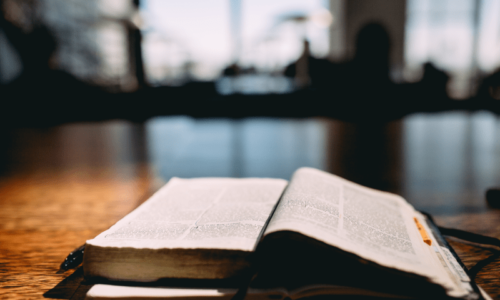 WE DON’T KNOW EVERYTHING ABOUT GOD, BUT THAT’S PART OF THE BEAUTY
November 9, 2021 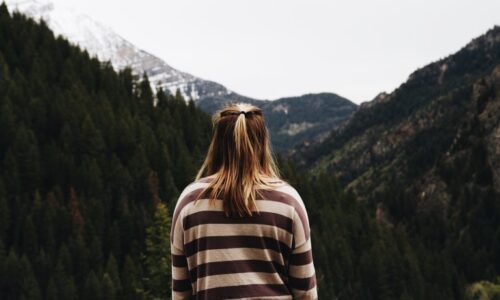