When someone brings up the word “Rebellion” I guarantee the first thing on your mind isn’t becoming a Christian, following Christ, nor anything to do with the positive side of religion. The idea of rebelling against something or someone is normally seen as bad, but when rebellion is put within the context of Christianity, it’s oddly enough meant for good.

Coming from a guy who was submerged into the world of rock ‘n’ roll, that statement comes with a powerful punch.

Here is what this statement is saying:

1. Following the world is expected and quite normal.

The idea of rebelling against the world is something many historical characters are found doing throughout the Bible. Jesus and His twelve disciples are just one of the many examples of people who are rebelling against what society would say is normal, all in order to pursue the righteousness and truth of Christ.

Don’t copy the behavior and customs of this world, but let God transform you into a new person by changing the way you think. Then you will learn to know God’s will for you, which is good and pleasing and perfect.

While the world is calling us to conform to its patterns and customs, the Word of God is encouraging us to rebel against what society would call normal. We’re called to be social misfits, all for the sake of Jesus and his promises.

According to the laws of the US government, I am legally allowed to get drunk, smoke cigarettes, buy pornography, gamble, go to strip clubs, buy marijuana (in some states), get a tattoo without parent consent, and even visit a brothel in Nevada.

Although I am legally allowed to do all of these things, I have chosen to rebel against what society would call normal, and instead follow the guidance of Christ. This isn’t to say that someone who has a glass of wine, has a problem with nicotine, gets tattoos, or even plays poker with their friends should be condemned. In fact, I will be honest enough to admit I have tattoos, plan on getting more, and occasionally like to have a glass of wine with my wife during dinner. What I’m saying is that Jesus called us to rebel against the customs of the world in order to reflect an image that opposes it. We’re called to do things that reflect the persona of Christ to HIS glory, and not the customs of the world around us.

“You are the light of the world—like a city on a hilltop that cannot be hidden.” –

If we truly want to live like Christ, then we are called to live a life different from the world—One that rebels against its customs and regularities. 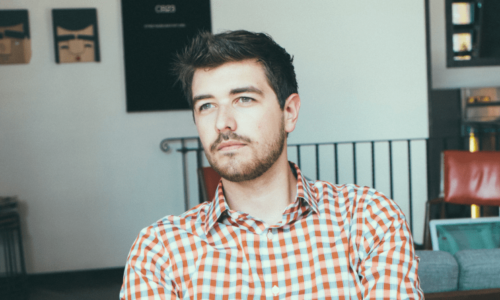