I cannot believe I’m actually writing this post, but it would be a huge miss not to write something that takes advantage of our world’s most recent social phenomenon. Have you heard? The geniuses behind Pokemon have done it again by creating a new app where people from all around the world can capture Pokemon using geo-location and mapping technology that turns the everyday world into a poke-world. Your bedroom is now an enchanted grassland, and your church is now a gym where trainers from all around can battle.

I’d be lying if I said I never played Pokemon as a young kid, and I’d also be lying if I said I didn’t spend an insurmountable amount of allowance money on cards and other dumb trinkets. Let’s just say, those holographics didn’t hold their value like I thought they would. Pokemon was the coolest thing to hit my elementary school since Neo-Pets and Tamagotchis, and It seems that the “Gotta catch ’em all” nostalgia has caught on with millions of people around the world, seeing as Pokemon GO now has more active daily users than Twitter users on the Android platform. That’s huge!

While the excitement of this applications continues to grow rapidly, I couldn’t help but notice some really crucial takeaways that all Christians could benefit from if implemented into our walks with God. No, seriously. I’m not making this up! Just give me a few moments of your time.

Over the years I’ve written a lot on the topic of church and what it means to be the body of Christ, and I believe we as Christians spend way too much time inside of our church buildings. It’s not that I believe church buildings are wrong or unbiblical, I just think we spend way too much time trying to convince people to come inside of our four walls instead of getting outside of our comfort zones and ministering to people the way Jesus did; outside of them.

Pokemon GO has taken spending time outside to a whole new level. Why? Because the game forces people to get outside and travel around, all in order to find new and rare Pokemon. It’s simple and effective. Once again, I cannot believe I’m writing this post, but it makes so much sense if you really think about it.

We as Christians must learn to get outside of the comfort of our buildings, leave our preferences at home and start reaching out to all nations by getting off our butts and spending time about our cities and community spaces. That’s what being a Christian is all about. Take ownership of The Great Commission by going to the people, not expecting them to come to you. This isn’t to say that many Christians aren’t currently doing this in some way or another, but I do believe there is room for improvement. There always is.

If you follow #PokemonGo on any social media platform, you’ll see that people all around the world are joining together to discuss the game and its unique playing aspects. They are creating community, discussing strategy, and getting to know people on a personal level that may have never met before. As crazy as it may sound, this game has brought a lot of people out of their shells, encouraging them to meet up with other players in their city.

It’s quite extraordinary if you think about. So many times we blame technology for making people un-social, but this application has encouraged people to do quite the opposite. It’s refreshing to see an app that’s disrupting the norm on a massive scale.

When it comes to the Christian life, we must understand that joining together with other believers is paramount to our spiritual growth and maturity. Whether it’s a coffee date, small-group or even monthly event, doing life together is a major part of growing together as the body of Christ.

For some reason, Christians have always been known for being weary and late to the game when it comes to adopting new technology and ways to do things as it pertains to church and everyday evangelism. And while I do believe this reality has changed drastically over the last ten years, I hope Christian leaders witnessing the phenomenon that is Pokemon GO will realize even more the importance of embracing new technology and the need to be on the lookout for new ways to reach new people.

“MADE IN HIS IMAGE” COMES IN MANY SHAPES AND STYLES
November 9, 2021 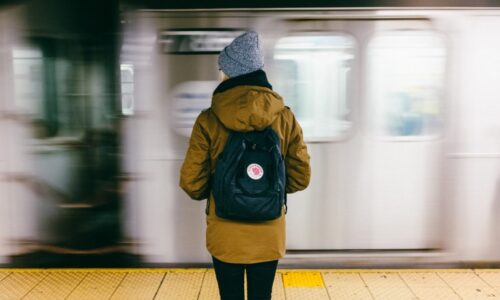