It’s really easy for us to complain about stupid things that don’t really matter. In light of Thanksgiving, Black Friday, and Christmas being just around the corner, here are 20 reasons you should be thankful for what you have. I’m sure these will make you re-think your complaints and frustrations.

20 Reasons You Should Be Thankful For What You Have:

2. Than than 121 million children are without an education.

3. 1.4 million children die each year from lack of access to safe drinking water and adequate sanitation

4. 15 million children orphaned due to HIV/AIDS.

5. Close to half of all people in developing countries suffering at any given time from a health problem caused by water and sanitation deficits.

6. Around 27-28 percent of all children in developing countries are estimated to be underweight.

7. 870 million people worldwide do not have enough food to eat.

8. A quarter of all humans live without electricity — approximately 1.6 billion people.

9. Preventable diseases like diarrhea and pneumonia take the lives of 2 million children a year who are too poor to afford proper treatment.

10. As of 2011, 19 million children worldwide remain un-vaccinate from potential disease.

11. Worldwide, approximately 425 million children under 18 do not have safe water.

12. About 2.5 billion people in the world do not have access to adequate sanitation – roughly two-fifths of the world’s population.

13. An estimated 20 million children worldwide have been forced to flee their homes because of conflict and human rights violations.

14. Worldwide, an estimated 40 million children under the age of 15 suffer from violence, abuse and neglect.

15. An estimated 1.2 million children are trafficked worldwide every year.

16. In developing countries, approximately 130 million children and teens — age 17 or under — have lost one or both parents.

17. Of the 22 countries where more than half the population is illiterate, 15 are in Africa.

19. About 1.8 million people, most of whom are children, die annually of preventable food-borne diseases.

What were you just complaining about?

Instead of focusing on the idea of consuming, I’d encourage you to start figuring out ways you can give to those in need. THE BEAUTY OF REST AND SLOWING DOWN
November 8, 2021 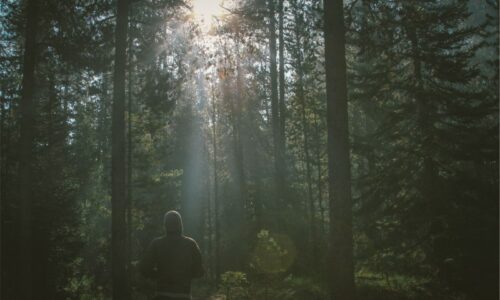