In today’s world of social media, relating to others through screens has become a chief way—and for some of us, the chief way—to seek connection. For example, it is not uncommon for a group of teenagers to be in the same room together as they “chat” through text messaging and social media without having a single face-to-face conversation with each other. On social media, we friend, like and follow each other, sometimes without every actually meeting each other. As a weekly blogger, I have what is called an online “community,” but it falls short of being a true community because self-disclosure flows in only one direction…from my keyboard to other people’s screens.

There are many positive aspects to digital friendship. But by itself, digital friendship fails as a substitute for true friendship. Unlike true friendship, relating to others through screens makes it easy for us to hide. It allows us to put forth only the best, most attractive, most “together,” edited and screened version of ourselves. When digital friendships become the main way we relate to others, a subtle but significant shift happens. Instead of entering the messiness of having real friends, we settle for having (and being) followers and fans. The chief drawback is that is that we never really get to know people, and they never really get to know us. The version of us that they see becomes a carefully crafted, brushed-up, monitored and marketed, sometimes deleted, always less-than-authentic version of our true selves. Our digital friends are experiencing part of us but not all of us. The tragic result on all counts is more loneliness and isolation, not less.

The second kind of friendship isn’t really friendship, because it is more transactional in nature. Unlike real friendship, transactional friendship treats other people as a means to an end. When we relate this way, we come to view people more as resources than as human beings. Instead of loving and serving them as we would in a real friendship, we use them to advance our careers, build our platforms, gain access to their social circles, increase our self-esteem (I feel important now, because I am connected to her), impress others (Selfie time! Hey everybody, look at how important I am, now that I am connected to him), and so on. The pitfall of transactional friendships should be obvious. As soon as a relationship feels more costly than beneficial to us, as soon as the presence of the other person in our lives ceases to advance our personal goals, we discard the other person. Or, if the opposite is true, the other person will discard us.

Friendships are one-dimensional when they revolve around a single, shared interest and not much else. The shared interest can be anything: a hobby, a career path, a common enemy, an educational philosophy, a set of religious beliefs, and so on. One-dimensional friendships prioritize sameness, where views and convictions and practices are never challenged, and blind spots are never uncovered due to the lack of diversity—and of the natural, redemptive, character-forming tension that comes from diversity—in our lives. When celebrities limit their friendships to other celebrities, parents to other parents, married people to other married people (single people, too), athletes to other athletes, Republicans to other Republicans (Democrats, too), millennials to other millennials (gen-xers and baby boomers, too), Christians to other Christians, white people to other white people (people of color, too), thinkers to other thinkers (feelers, too), affluent people to other affluent people, and so on, a poverty of friendship will be the outcome. One-dimensional friendships, while having the appearance of connection, can also be quite shallow, unless the “single dimension” that initially attracts us to each other develops into several other, broader and deeper dimensions.

A Case for Befriending…

In his magnificent book on human connection, The Four Loves, C.S. Lewis says that all true friendship begins when one person looks at another and says, “You, too?”

Starting a friendship around a common interest or passion is natural, and it is not in itself a bad thing. Consider David and Jonathan, for example. One was the son of a humble shepherd; the other the son of a king; and they became the best of friends. Though their social and economic situation was very different, their friendship nonetheless began with a “You, too?” And theirs was the most solid “You, too?” that any two people can have. Because David and Jonathan both loved and were sold out to the LORD, they became the best of friends.

Although their friendship began with a foundation of, “You, too?” the connection between David and Jonathan grew in depth, breadth, and layers. A shared love for God matured into a reciprocal transparency, vulnerability, love and loyalty between them that would later move David to adopt Jonathan’s son, Mephibosheth, after Jonathan died in battle. Mephibosheth was a young man, crippled in both feet. But his special needs, rather than being a deterrent for David, became a motivation to mercifully take him in for the LORD’s sake, and also “for Jonathan’s sake.”

This kind of friendship—the multi-layered kind that exposes us to the grit of our own and each other’s lives; the kind that positions us to love across the lines of our differences; the kind that leads us to lay down our lives for each other’s sake; works a lot like two pieces of sandpaper being rubbed together. The friction causes sensations that initially irritate and burn. Yet, over time, the effect on both pieces of sandpaper is the same. Both become smoother, not in spite of the friction but precisely because of it.

C.S. Lewis captured the heart of this version of friendship—real friendship—when he said the following:

To love at all is to be vulnerable. Love anything and your heart will be wrung and possibly broken. If you want to make sure of keeping it intact you must give it to no one, not even an animal. Wrap it carefully round with hobbies and little luxuries; avoid all entanglements. Lock it up safe in the casket or coffin of your selfishness. But in that casket, safe, dark, motionless, airless, it will change. It will not be broken; it will become unbreakable, impenetrable, irredeemable. To love is to be vulnerable.

Real love, real friendship, is vulnerable. And risky. And costly.Click To Tweet

There you have it. Real love, real friendship, is vulnerable. And risky. And costly. And discomforting. And disquieting. And agitating like sandpaper sometimes.

But the alternative is a heart that ends up in a relational casket or coffin. And who wants that?

Befriend is a collection of twenty-one essays. Each essay attempts to explore a unique picture of real friendship. All of the stories are true, but some of the names and places have been changed to protect privacy.

Hopefully, you will notice a common thread in each account of real friendship: Real friendship happens, I daresay it only happens, when we move toward the people we are most tempted to avoid. These are the people who are best equipped to challenge our perspectives, push our buttons, and require us to put on love.

Love, the Bible tells us, is the supreme virtue among all virtues.Click To Tweet

Do you know what else never fails? Or, better said, who else?

As we take this journey of real friendship together, as we learn a little bit more about what it could look like to be those who befriend and who create belonging in a world of judgment, isolation, and fear, the icing on the cake is that we will encounter Jesus in the process.

Let’s encounter Jesus together, shall we?

This was an excerpt from Scott’s new book, ‘Befriend’—Create belonging in an age of judgment, isolation, and fear. 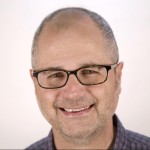 In March 2012, Scott began serving as the Senior Minister of Christ Presbyterian Church in Nashville, Tennessee, where he lives with his wife Patti and two daughters, Abby and Ellie. Previously, Scott was a lead and preaching pastor for Redeemer Presbyterian Church in New York City, where he worked alongside Dr. Timothy Keller. He has also planted churches in Kansas City and St. Louis, and is a frequent speaker at conferences, leadership retreats, and to university students. Scott has authored two books: Jesus Outside the Lines and Befriend.

View all posts by Scott Sauls →

2 comments on “Real Friendship: Trading “Likes” and “Follows” for Love and Authenticity”